Benefits of Turmeric for Athletes

by Trevor Hiltbrand | Reviewed by Advisory Board

It is common, even required, for athletes to push themselves to their limit, both mentally and physically. It is only this level of exertion that enables athletes to improve their skills and succeed in competition. However, this does come at a cost.

Giving it your all causes all sorts of soreness, aches, and pains to develop in your joints and muscles as your body protests the exertion that you’ve put it through.

The good news is you don’t have to resort to popping another pill and let artificial chemicals flow through your bloodstream. There is an all-natural alternative that can give you the comfort you need and provide plenty of other benefits as well. The alternative is turmeric. Turmeric, also known by its scientific name Curcuma Longa, is a spice native to (and almost exclusively grows in) India. It is a member of the ginger family, which is also native to South Asia.

You may already be familiar with turmeric as it is a staple spice in cuisines from Iran to Thailand and is a primary ingredient in many curries. Turmeric is famous for giving a yellow color, as well as a warm, bitter taste to foods, and has been used since ancient times.

Turmeric hasn’t just been used as a spice. It has also been used in Ayurvedic Medicine for thousands of years, being practiced in India and China. The spice was used to treat all manner of diseases and conditions such as dermatological diseases, infection, stress, depression, gynecological problems, gastric problems, blood issues, and more. [1][2]

Modern science has been able to determine in recent years the reason why turmeric was used so often. Turns out, the benefits of turmeric largely stem from a compound called curcumin.

Curcumin is an orangish-yellow lipophilic polyphenol compound that is derived from the rhizomes of turmeric. There has been a great deal of research that has been conducted on curcumin and the results have been promising.

Simply put, curcumin has been found to possess a great number of beneficial properties, namely antioxidant, anti-inflammatory, and even anticancer effects. [2]

This article will discuss the effects for athletes of turmeric as well as curcumin. Curcumin is the active ingredient derived from turmeric and many of the research studies available are focused on curcumin. There has been plenty of research conducted over the last decade on turmeric, resulting in many great discoveries about the spice. These studies suggest that there are many physical benefits of turmeric for athletes that can greatly aid their physical performance.

Here are some of the biggest benefits of turmeric.

By far the largest benefit of turmeric is the anti-inflammatory properties of curcumin. But to understand how curcumin works, you need to know how inflammation works.

Inflammation is a natural process where your body’s white blood cells and the substances they produce protect you from foreign organisms, such as viruses or bacteria. This process causes increased blood flow to the place of injury or infection.

For a short time, inflammation is a rather beneficial process for your body, as it helps keep you healthy and helps your body repair itself from any damage that’s occurred. However, it’s not a perfect process as your body can mistakenly think it’s being attacked when it’s not. Inflammation for long periods of time can result in swelling, irritation, and pain.

Curcumin’s anti-inflammatory properties allow it to help control inflammation by regulating transcription factors, cytokines, protein kinases, enzymes and many other sub-processes and compounds that are involved in inflammation. [3]

What this means is that when your body thinks it’s being attacked, curcumin can curb the effects of the inflammation. In fact, scientists have found evidence that curcumin could actually be just as, if not more, effective as an anti-inflammatory than ibuprofen or aspirin. [4]

Due to its anti-inflammatory properties, curcumin has been shown to help with diseases caused by mistaken inflammation, diseases such as rheumatoid arthritis. There have been plenty of tests on cell culture and animals that show curcumin could be used effectively to help treat inflammatory diseases like arthritis [5] [6] After a heavy workout, sometimes your muscles can be damaged, becoming sore and inflamed. Turmeric has been found to reduce muscle damage, thus decreasing the chance of inflammation occurring in your muscles.

In a 2017 study, fifty-nine moderately trained men and women were randomly assigned to ingest 50 mg of curcumin, 200 mg of curcumin, or a placebo for eight weeks. Those who took 200 mg not only reported significantly lower levels of soreness after intense exercise but also were found to have much lower levels of creatine kinase, a marker for muscle damage. [7]

In 2015, researchers set out to study whether or not curcumin had any impact during physical exercise since there was little data at the time. Their results were quite promising.

Researchers divided male mice into four different groups that were given different levels of curcumin and then subjected the mice to various intensive activities. They found that curcumin dose-dependently increased the mice’s endurance during exercise as well as decreased the levels of lactate, ammonia, and other harmful chemicals.

Muscular glycogen levels, an important energy source for muscles, were also significantly increased. However, more research is needed to determine the exact effect on human performance. [8]

In addition to physical benefits, turmeric may also have neurological benefits. A 2013 study of depressed mice showed that curcumin could dose-dependently work as an effective antidepressant as mice who were routinely given curcumin were more active and had more brain activity in their hippocampus. [9]

Benefits of Turmeric for Female Athletes In addition to this already impressive list of benefits, turmeric has also been shown to have several benefits unique to female athletes.

Menstrual cycles can often be very painful for women, and experiencing severe cramps can be a significant deterrent against going to the gym and working out. Multiple studies on curcumin have found that the substance can decrease the intensity and pain during periods. Curcumin has also been shown to have antispasmodic properties that help with menstrual cramps. [10]

In addition, turmeric has also been shown to be able to reduce weight gain and help with fat loss. A 2009 study found that mice that were regularly fed curcumin with their diets showed significantly less weight gain and even lower levels of cholesterol. Researchers found that curcumin slows down the division of fat cells, helping to prevent obesity. [11]

Currently, there are no official recommendations on the intake of turmeric. It is, however, always advised never to exceed the recommended dosage listed on the supplement container.

There also is no official recommendation for curcumin extract supplements either as far as dosages are concerned.

However, there has been research that suggests differing amounts depending on which condition you are taking turmeric for. One suggests that taking 500 mg of turmeric three times a day for two months can help with itchy, dry skin. [12]

Another study published in 2010 recommends taking 500 mg of turmeric extract twice a day for two to three months can help with symptoms of osteoarthritis. [13]

Important to Pair With Piperine

If you do decide to take a turmeric or curcumin supplement, it is important to pair your dose with an adequate dose of piperine. Piperine is a bioactive alkaloid compound found in black pepper. One study suggests that adding 20mg of piperine to 2g of curcumin can increase the absorption of curcumin by 2000%. [15]

As a whole, turmeric and curcumin supplements are considered safe. There is, however, the slight possibility of certain side effects occurring. Some of these can include:

When purchasing your supplements, make sure you are buying from a reputable distributor. Some distributors will add in fillers such as wheat, rye, or barley flour, which may cause problems for those who are gluten intolerant or suffer from celiac disease. Other times there may be harmful chemicals and substances added in which are not on the label, such as lead. [16] [17]

The research is clear: Turmeric supplements have been shown to be very beneficial due to its anti-inflammatory properties. Athletes that wish to both increase their physical performance as well as speed up their recovery after a hard workout would do well to incorporate turmeric into their diet. The benefits of turmeric for athletes are too good to pass up!

As always, be sure to check with your healthcare provider before you begin taking any supplement.

Transparent Labs is proud to supply athletes with high-quality, pure supplements that have been clinically proven to work. We continually strive to make our business more transparent, so you can be sure about exactly what you are getting.

If you are looking for a natural way to improve and maintain your health, check out our Wellness Series line of products! 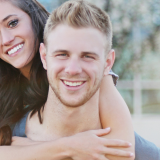 Trevor Hiltbrand is one of the owners/co-founders of Transparent Labs and head of content creation. He got his start with supplement research back in 2013 when he began researching cognitive enhancement. With the help of the Transparent Labs Expert Panel and Advisory Board, we aim to bring our evidence based nutrition and exercise research to the world. No Energy to Workout? 16 Quick Tips to Rekindle the Fire

There are natural and synthetic ways to create energy to work out. Read more about all the different ways you can relight your inner fire. 5 Things Athletes Should do Everyday

What makes an athlete? Of course playing a sport has a little to do with it, but there are 5 key things athletes should do every day to become the best version of themselves. If you’re looking to up your game, try these daily tips and you’ll be a star athlete in no time. Collagen Protein Powder - How do the Benefits Differ From Whey?

Collagen protein powder helps give you more energy, builds muscle mass and prevents your skin from wrinkling and sagging. But how much does it really differ from Whey protein? We’ll help you compare the two in order to better understand the different benefits that both can provide.